On March 31, 2017, 114 people left their 40+ hour work week, showed up at CCAD MindMarket and committed an entire weekend to taking a brand new social impact idea into reality at GiveBackHack Columbus 2017.

GiveBackHack is the launchpad for social innovation. Born right here in Columbus and generously hosted by the Columbus College of Art and Design for three years in a row, GiveBackHack connects the tech and social impact communities – two groups that do not come together often enough – to learn from each other for the benefit of both. It blends startup concepts – rapid prototyping, iteration, risk tolerance – with domain expertise in the social impact space to create the building blocks for social innovation. Participants come to the weekend with a brand new or partially-vetted idea for a social enterprise and leave with the first stages of a user-validated product, and business & impact models.

The mission of GiveBackHack was only accomplished through the generous support of our sponsors, including our two sustaining sponsors: IGS and the United Way of Central Ohio. In their support of GiveBackHack, they not only provided funds that allowed GiveBackHack to happen – they also funded entrepreneurs directly to help citizens move their social impact products forward.

This type of sponsorship demonstrates that these organizations are truly focused on being innovators in the social enterprise space within Central Ohio. Through their support of GiveBackHack operations, they helped to lower the barrier to entry for technologists, entrepreneurs, and everyday citizens to be a part of the change we need to see in our community. With the funding they provided directly to teams coming out of GiveBackHack, they’re supporting the entrepreneurs and their social innovations working to make true social impact in Central Ohio for years to come. 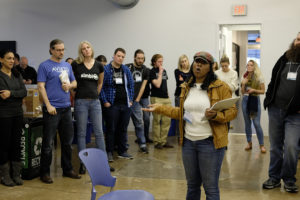 Impact by the Numbers

With the help of our sponsors and supporters who provided time, expertise, and funding, GiveBackHack empowered 14 total teams to quickly test and iterate their ideas to solve the social issues they see around them. From legal consulting hours to hosting services, every team was supported with various resources to help them continue to move forward.

Success by the numbers:

For the second year in a row, IGS stepped up to fund social enterprise in the community as our lead sustaining sponsor. Over the years, IGS has continued to be a leading innovator in the social enterprise space through their support of GiveBackHack, the SEA Change Social Enterprise Accelerator and more . They are a core reason why we are able to have GiveBackHack in Columbus and for that, we are incredibly grateful.

In 2016, they stepped up to be the sole providers of funding to help teams move forward; they were so inspired that they upped their contribution from $10,000 to $15,000 on stage during the event! In 2017, they came back to support yet again by providing $10,000 to teams to move their social impact products forward. This funding allowed Ears On, Bust a Move, and NeuCycle to further beta test their products and amplify their impact post-event.

“The past year has brought many highs and a few lows as I’ve worked to assist the formerly incarcerated. However, GiveBackHack was a huge high. The ability to build a team and make so much progress so quickly is almost hard to explain. And the finish to the weekend: an incredible pitch event.  I walked off the stage at GiveBackHack with passion, energy, funding, and an enormous will to help the formerly incarcerated..”

After large participation in GiveBackHack in 2016 as attendees and mentors, United Way of Central Ohio decided they wanted to do more. They stepped up to be a Key Sustainability Partner, providing funds to help put on GiveBackHack as well as $5,000 to help teams move forward. This $5,000 helped two businesses move forward: DACA Time and the Friendly App.

“United Way of Central Ohio loves what GiveBackHack represents, bringing smart community solutions from idea to reality. As a judge, we were impressed by the thought and fresh approach of the Friendly App—a way to quickly identify and share LGBT-friendly businesses. Given our long-standing support of Diversity and Inclusion efforts, supporting the development of an app that will, in some small way, enable those businesses to thrive only made sense.” 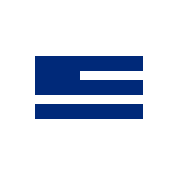 This early stage is crucial for an idea to find its market and eventually find the opportunity to create new businesses that will continue to grow in Ohio. DACA Time, for example, leveraged these resources to create initial marketing materials that helped them reach more Dreamers and began the process of applying for their nonprofit status. After GiveBackHack, they received support to win a spot in SEA Change Accelerator, where they not only refined their business and impact models, but also gained an additional $40,000 in financial support.

“It was a great feeling to know that the judges agreed to fund something that makes life easier for immigrants in America. There is so much hate out there towards this community that it’s reassuring that people actually care about them. Personally, it made me feel like Columbus is a great place to live where new ideas are valued.”

And with that – GiveBackHack 2017 is a wrap. Thank you again to every partner who helped make it happen: 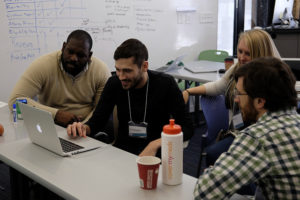